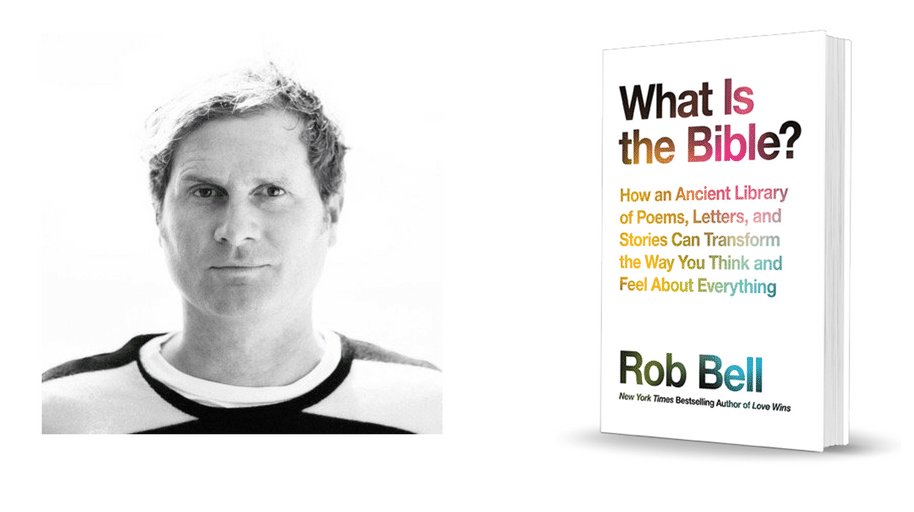 What is the Bible? How an Ancient Library of Poems, Letters, and Stories Can Transform the Way you Think and Feel about Everything by Rob Bell. Book review by Cheryl Chastain

I love books with a question as the title. In fact, I prefer the question books over the answer books every time. The question books are open and brave and expansive, and that certainly describes Rob Bell’s new book.

The Question as the Way

Bell urges us from the beginning to read the Bible by asking a lot of questions. By asking questions, we engage with what is happening in what we’re reading, and we open our mind and and heart to what is happening.

Asking questions allows us to dig in, be invested, get some skin in the game. This is how to read the Bible. It’s the only way to read something this important.

In writing his book, Bell models the asking for us. There are more questions in this book than answers, which is, of course, the point. However, Bell does a generous amount of pointing and suggesting and hinting and recounting, so that some of the most unusual and exceptional things about this amazing library called the Bible are brought to the surface.

The author’s 25 years spent digging into this library make him an incredible resource of information about it. He calls this kind of reading “Turning the gem.” How you look at different facets of a cut stone to appreciate it on different levels helps you see something new each time. According to Bell, you don’t simply read the Bible; you dance with it.

He also does a lot of parenthetical (as if speaking to ones self) writing, which feels so wonderfully conversational I stopped more than once to answer him aloud. I also (more than once) chuckled to myself, because I noticed it was like he was voicing questions in my own head, and I was going right along with it, nodding and making all the noises of an interested reader (hmmm, oh really?, …interesting, ahhh … I always wondered about that).

The book is set up in three parts, with a fourth section to address some of the most common questions people ask about the Bible. Right from the start, Bell lets us in on the secret that his book is arranged like the Bible, which means it isn’t a straight line but an arc—a trajectory, in fact. Bell is taking us along a discovery journey, and like all journeys, it has its twists and turns and double backs, so he basically starts the book by saying, “Buckle up. This is going to be a sweet ride.”

Over and over, Bell reminds us that the Bible isn’t a book; it’s a library of books, poems, histories, prophecies, eye-witness accounts, and letters. It’s a collection of writings from a huge swath of human history (about 40 authors over 1500 years on three different continents) that demonstrates for us changes in human consciousness and in the way humans think about and interact with God. It shows for us the awakenings of people through history to what it really means to be a created and loved human being.

The writings cannot be read outside of their historical context, and even keeping that in mind we should be asking questions: Why did the writer write this down? Why does he want the reader to know this particular detail? Why would he leave that out? And, whenever there is something odd to us as modern readers, we should be immediately alert to the possibility that there is probably something more going on under the surface.

Perhaps something the writer doesn’t mention because it’s so ingrained in their culture, they wouldn’t think to. Or an inside joke the whole crowd is in on. This is where Bell’s decades of research comes into play.

He shows us that there are patterns, sayings of cultural significance, uses of hyperbole, progressions, and unexpected twists that help us to see that overall, there is indeed something more going on here. And that something is a massive change in how humanity operates from Abram on.

Part 2: The Nature of That Something

Bell points out that the twists that occur in the books of the Bible are worth paying attention to because they show us the nature of what is happening to human consciousness through this time. How the flood ends with a promise, how God forgives the repentant Assyrians to whom Jonah preaches, and how God provides the sacrifice for Abraham—these all bring unexpected endings to otherwise typical cultural setups.

The writers are showing us that things are changing deep down in the heart of humanity. An understanding of God is blooming, and it’s one based not on destruction (which was the norm back then) but on relationship (which was unheard of with a god). As we follow the stories of this tribe whose identity is grounded in an understanding that they were meant to bless all of humanity, we see that humanity is being called forward to something new.

Bell spends some time in this section on the violence in the text that is often difficult for us to accept. He spends zero time defending it, however, and demonstrates instead that, Those stories containing senseless violence point out how senseless violence is. He also covers some of the things discussed for centuries, such as circumcision, Jesus’ treatment of traditional cultural perspectives, and “The whole Melchizedek Thing.” He then finishes with a look at how Jesus read the Bible, through interpretation, incarnation, and invitation.

Part 3: Where That Something Takes Us

This third section shows us where the trajectory is headed by looking at how changing technology comes into play and the different perspectives on apocalypse. His demonstration of  how the writers of the Bible talked about the apocalypse with anticipation rather than fear, and how it is cause for celebration, was eye-opening for me.

Also riveting was Bell’s look at the book of Revelation (which is a letter, not a book) and how John is using a subversive treatment of the cultural treatments of Caesar to show the true majesty and triumph of Christ over all.

Part 4: The Questions That Always Come Up

I enjoyed this section so much because Bell does not shy away from the hard ones. He offers no cookie-cutter answers to the big ones with capital letters, like Predestination and God’s Wrath. Instead, he lays out insight that lets us see a new facet of the gem on our own and encourages us to keep turning it in the light. I loved his look at some of the more “boring” parts of the Bible, such as the genealogies and the lists in Leviticus. Suffice it to say, I no longer see them as boring. And he examines the perspectives on the Bible as the Word of God, authoritative, God-breathed, and inerrant (spoilers: these things have much deeper meanings than we’re normally taught).

Whether you are a regular reader of the Bible or not, this book will give you so much to think about. As a card-carrying Jesus person who already loves the Bible—and reads it for enjoyment (no, I’m not kidding)—I was enthralled. But Bell isn’t talking only to audiences like me. He’s also talking to those among us who have their very understandable doubts and those who wonder what all the hype could possibly be about as well.

Regardless of where you see yourself in relation to this library of books, I urge you to test whether Bell’s subtitle proves true. Can the Bible transform the way you think and feel about everything? 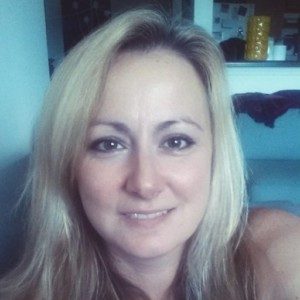 Cheryl is a freelance writer, speaker, community builder, and recovering codependent. She’s a contributor at Thrive Global, The Rabbit Room, and Sammiches and Psych Meds, and you can find her at http://cherylchastain.me or @myveryown on Medium, Twitter, and Contently.

Rob is often see as a controversial character. As one person has said to me ‘He likes to ruffle feathers’ to which I responded ‘and he does it so well’. Not everyone likes Rob and he doesn’t go out there to be liked, yet he has a lot of incredible wisdom to share. I have been helped by Rob Bell a great deal. I have many times said ‘Yes’ whilst listening to his podcast or reading his books. I would highly recommend this book and the Robcast.

5 thoughts on “What is the Bible? Book Review by Cheryl Chastain”