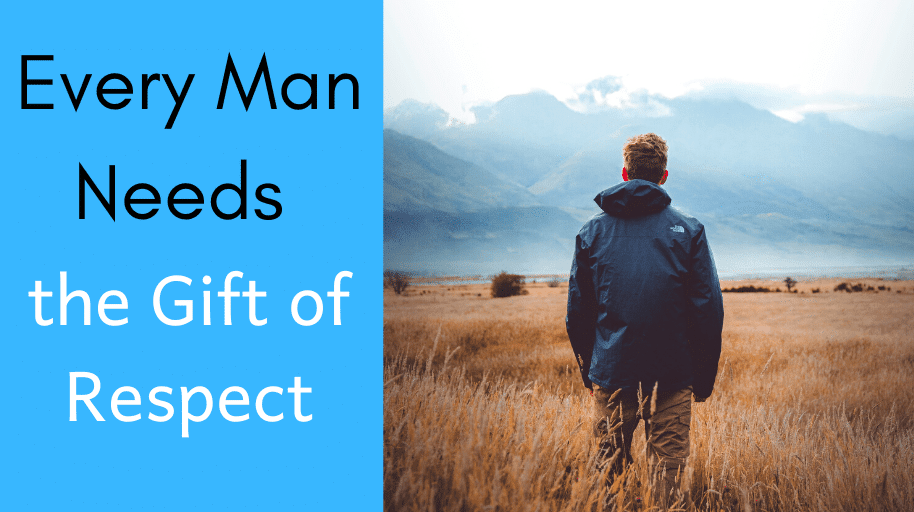 The heart of a man dries up without words of encouragement. But the gift of respect can flood his life with hope. Let’s listen well.

All he wanted was some whispers of thankfulness.

Some acknowledgment that what he did mattered. He had worked hard all day, fought his battles, and sweated out a song. Now Otis wanted to come home and be told ‘Well done.’

He wanted his remembered movements to be noticed, affirmed, and validated as having value, particularly to his soul mate, his wife.

I believe Otis Redding wrote the song ‘Respect’ with those thoughts in mind.

Aretha Franklin changed the lyrics and the music and turned it into an anthem for both the women’s rights movement and the black freedom struggles.

Redding’s version was written from the perspective of a hardworking man who can only look forward to getting home and finally receiving the respect he deserves from his family. His version is less a plea for respect and more a comment on a man’s feeling of worth in his work life and at home. He mentions that he’s “about to, just give you all of my money,” and that all he wants in return is respect.

Franklin’s version [she changed the lyrics] is a declaration from a strong, confident woman, who knows that she has everything her man wants. She never does him wrong and demands his “respect.”  Respect – Wikipedia

You can’t demand respect. It’s a gift from a considered observation.

It’s interesting to dig into the Greek language and discover something of what this word means.

phobeó – to show reverence, venerate, to treat with deference or reverential obedience

It also has some fear-based connotations – to put to flight, to terrify, frighten.

But in the context of healthy relationships, it’s about seeing something almost god-like in the other. Something that captures your attention and admiration.

We are not in a relationship with a mere mortal as C.S. Lewis would put it.

Pulling back the curtain of a man’s fumblings and foolishness, we might see something that makes us stand in awe. That’s respect.

There is a greater story going on, one that has been going on forever, and we are all part of it.

I can trace a few verses of my story back to 150 years ago to where a young man in England boarded a sailing ship and ventured off to a distant foreign land called New Zealand.

I learned a few years ago that before his embarkation, a church service was held at the Metropolitan Tabernacle, which was pastored by Charles Spurgeon.

Could my story include listening to one of the greatest biblical orators of ‘our’ time?

I wonder if Charles Pearman remembered the story of Abraham leaving the comforts of his home and venturing out into the great unknown.

The Lord had said to Abram, “Go from your country, your people and your father’s household to the land I will show you. Genesis 12:1

Charles and Abraham remembered and moved.

I remember something of God’s nature and character and move into my world to bring something of the greater story to bear. My children are doing the same. I see the strands of an invisible thread knitting its way through our lives.

Respect is a gift

Aretha might have been demanding respect, but really it’s a gift.

Men and women who demand you respect them lose it in an instant. That’s called authoritarian leadership, dictatorship, demandingness — all repugnant.

Respect is an acknowledgment of seeing something in the other that makes your heart sing. It’s seeing the remembered movement of a dance that’s been going on forever and cheering on the steps.

How to give the gift of respect to a man

If you want to listen to a man, then listen for the remembered movements he makes.

Every man wants to have some sense of acknowledgment that his life has weight. That there is a good consequence to his remembered movements.

These three steps may seem weird to you, but practice them and watch a mans life grow

Why Male Depression feels like being Impotent and Weightless

Photo by Lachlan Dempsey on Unsplash