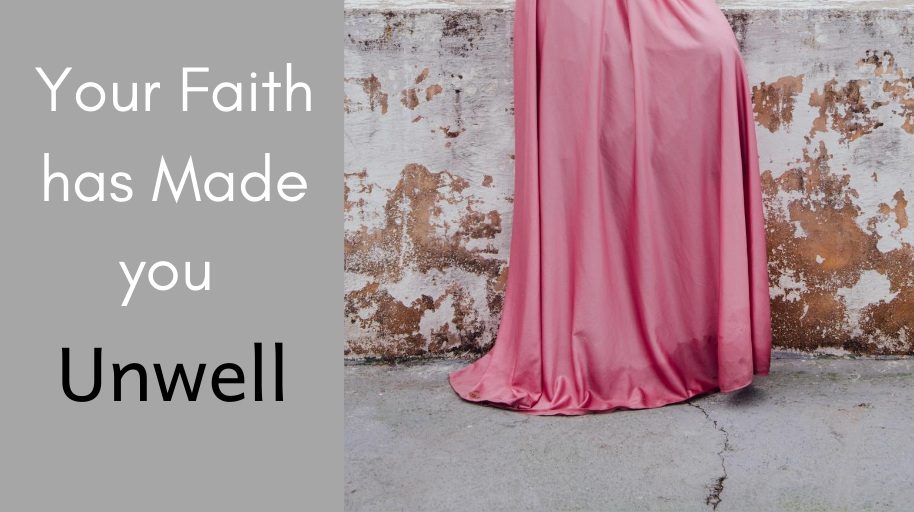 We can become so loaded down with religion that our faith makes us unwell, but Jesus can make us well when we reach out for the fringe.

They were loaded down.

You couldn’t see it, but as you listened, you could hear and feel it.

It was a load of religious shame, guilt, questions, and general confusion.

I’ve heard many statements like those above. They all fill me with a sense of both sadness and anger that we continue to shoot our wounded and poison our little ones.

Your faith has made you well.

Then suddenly a woman who had been suffering from hemorrhages for twelve years came up behind him and touched the fringe of his cloak, for she said to herself, “If I only touch his cloak, I will be made well.”

Jesus turned, and seeing her he said, “Take heart, daughter; your faith has made you well.”

So we, who want the prescription to health and wellness, look to the doctors’ notes and see that it was ‘her faith’ that made her well.

We conclude that we need more faith, so we try harder. We read more, give more, pray more. It seems like it’s all about more, more, more.

We ask questions such as

I don’t know what exactly happened, but something miraculous took place that will confound and frustrate the mechanic and the chessplayer in all of us.

What we can say is that her pistis (faith in greek) – belief, trust, confidence contributed in some way to her healing and being made whole.

We know very little about this woman other than what this story tells us. We do know that she was of part a ‘faith’ and that she had a personal faith.

Part of a Faith

It could be the Christian faith, but it also could be Muslim, Buddist, etc.

A ‘faith’ is a collective of people that believe certain things and group themselves around these beliefs. Breaking it down further, it could be a denomination, a church grouping, a small group.

For this post, let’s assume this woman was part of the Jewish faith tradition. Her understanding of what God was like had been shaped by years and years of teaching and training.

It was a faith that had rules around ritual cleanliness, bleeding.  She would have known the rules. ‘Don’t touch the Rabbi (Jesus), or you’ll make him unclean.’

But she was also engaging with an emerging and new faith.

The Jesus Way was now the Faith expression that had a pull on her life. She had been watching Jesus. Learning from him and feeding off his every word and action.

Then there is your own personal faith. Your own set of beliefs and convictions. What you put your trust and confidence in.

We are shaped and molded, mostly in early childhood, by parents and other groupings such as the faith traditions you are exposed to.

However, something was changing in this woman’s life, I believe. Her personal faith was evolving and changing as she encountered Jesus.

His loving, caring, and compassionate responses to the outsider invited her to a place where she decided that maybe the merest touch of his cloak might change her life.

The faith that makes you unwell

I once talked with a man who wanted to challenge me with his religious rule-keeping. Everything was black and white for him.

Instead, I suggested we talk about the stories of Jesus.

‘I don’t want to talk about Jesus stories’ was his response.

I believe his faith was making him unwell.

In his strong rule-bound religious life, there was little room for love and grace. The problem was that he was passing on this toxicity to others. Vulnerable others.

At the extreme level of spiritual abuse, we have the cults where it’s all about mind control, obey the leader, follow the rules. But sadly, I know churches where similar abuses happen.

It’s subtle, but it’s there.

Follow the rules and behaviors of the group, or you’re out.

All those messages, spoken and unspoken, get sown into the soul.

They can cripple a person’s faith.

Touching the hem that makes you well

It was a leap of faith for this woman to reach out and touch the hem of Jesus’ cloak. It was faith reaching for the fringe.

When you question your faith tradition and all the beliefs and convictions you have held dear, there comes a moment of decision.

Will I stay within the confines of what is familiar and known, or will I reach out and take a risk.

The fringe is always there for you to reach out and touch.

Would the real Jesus stand up

I want to meet Jesus.

Not the Jesus of religious conformity, but the Jesus who went to the edges of life. The Jesus that will rattle the religious rules out of me.

He’s the one who turned water into wine. The God who danced on the water and ate with the outsider.

That’s the Jesus we all need to encounter and be on the fringe with.

As I listen to people, I sense the urge to point them to the real Jesus. To tell them Jesus stories and invite them to touch the fringe. It’s risky, dangerous, but oh so good.

C.S. Lewis perfectly portrays Jesus as the Lion Aslan to some children.

“Aslan is a lion- the Lion, the great Lion.” “Ooh” said Susan. “I’d thought he was a man. Is he-quite safe? I shall feel rather nervous about meeting a lion”…

“Safe?” said Mr. Beaver …”Who said anything about safe? ‘Course he isn’t safe. But he’s good. He’s the King, I tell you.” C.S. Lewis, The Lion, the Witch, and the Wardrobe

Mental health is ... having a growing, changing, evolving experience of faith as we touch the hem of Jesus garmentClick To Tweet

To Heal You Just Need to ‘Forget What Lies Behind’: Toxic Faith pt. 4

Just waiting for an ‘Anointing’ to wash my problems away: Toxic Faith pt 2

Photo by henri meilhac on Unsplash

Once upon a time, yes its one of those stories, the Ear, the Eye and the Tongue got together for a chat. […] 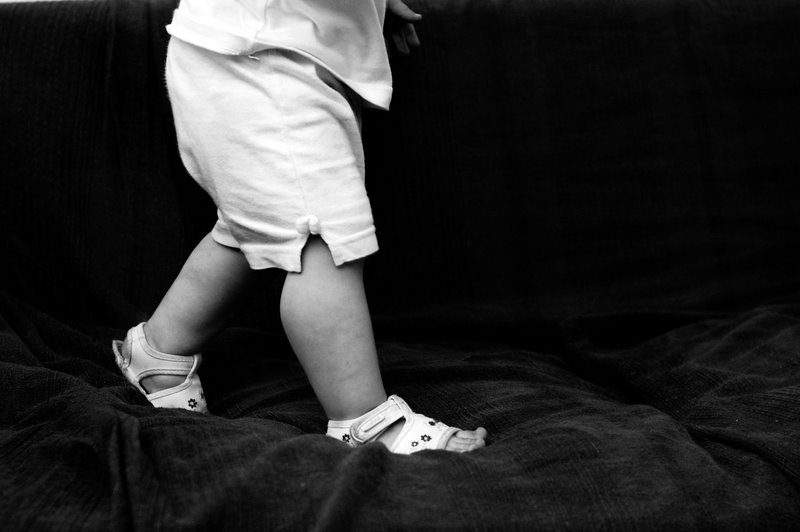 “There is more to life than increasing its speed.” Mahatma Gandhi.  ‘My life is not where I want it to be, I […] 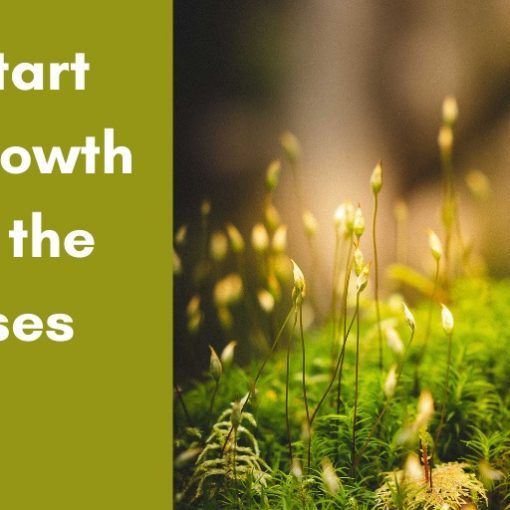 If you want to see the growth, then you have to stop the horses. Build a fence and let the natural growth […] 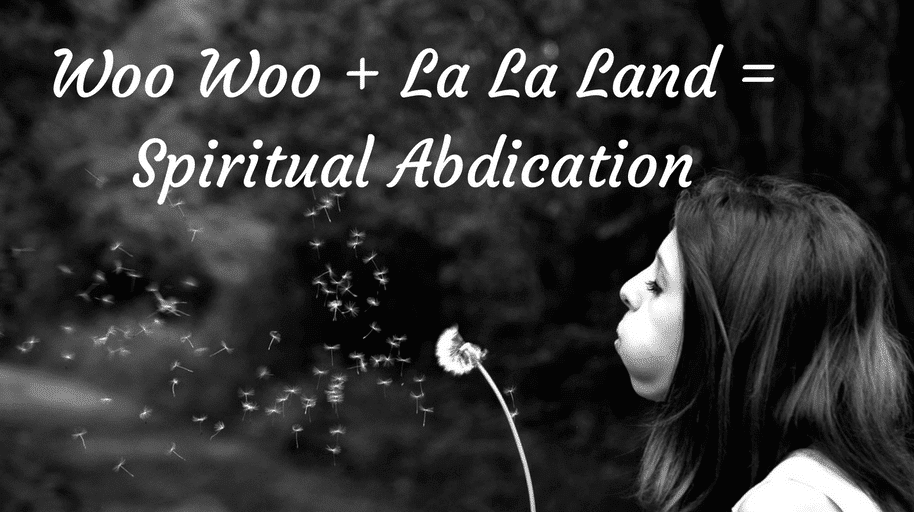 Do you like some ‘Woo-woo’ in your life? ‘Woo-woo’ refers to something that is ‘dubiously or outlandishly mystical, supernatural, or unscientific.’ Miriam […]