Some people seem to like to rain on your parade, but we can learn how to hoist an umbrella and continue on.

They couldn’t help themselves.

Anything my friend did was negated. Any attempt at doing something special, creative, or different was criticized and smashed with harsh words. Sometimes an indifference, a bored ‘Whatever.’

It wasn’t that they wanted approval, but more so, they wanted to share the joy they found in their creativity.

They had the breath of a creative God within them, and they wanted to share their own creative expression with those dearest to them, but it was routinely dismissed as nothing. So there was ambivalence to their deepest gift.

Something began to die and shrivel up within them. The spark of expression was growing low.

Nothing they did was good enough. Depression, a poverty of spirit, and despair slowly began to suffocate the God breath out of them.

Raining on your parade

When you are celebrating and having a great time, someone comes and brings bad news. The joy of a parade is washed away under a downpour of bitterly cold rain.

And it happens probably more than we realize.

Laughing and mocking at something you consider important.

Belittling the big things happening in you.

Wanting you to feel small so they can feel big.

Its abuse, plain and simple.

No celebration at the germination of a creative seed within you.

I think two stories from the Bible speak to this ‘raining on one’s parade.’

For King David, it was a parade. A literal parade of celebration and joy and dance. But his wife, Michal, couldn’t bare to see his joy and the community falling in love with him.

It was reported to King David that God had prospered Obed-Edom and his entire household because of the Chest of God.

So David thought, “I’ll get that blessing for myself,” and went and brought up the Chest of God from the house of Obed-Edom to the City of David, celebrating extravagantly all the way, with frequent sacrifices of choice bulls. David, ceremonially dressed in priest’s linen, danced with great abandon before God.

The whole country was with him as he accompanied the Chest of God with shouts and trumpet blasts.

But as the Chest of God came into the City of David, Michal, Saul’s daughter, happened to be looking out a window. When she saw King David leaping and dancing before God, her heart filled with scorn.

They brought the Chest of God and set it in the middle of the tent pavilion that David had pitched for it. Then and there, David worshiped, offering burnt offerings and peace offerings.

When David had completed the sacrifices of burnt and peace offerings, he blessed the people in the name of God-of-the-Angel-Armies and handed out to each person in the crowd, men and women alike, a loaf of bread, a date cake, and a raisin cake. Then everyone went home.

David returned home to bless his family. Michal, Saul’s daughter, came out to greet him: “How wonderfully the king has distinguished himself today—exposing himself to the eyes of the servants’ maids like some burlesque street dancer!”

David replied to Michal, “In God’s presence I’ll dance all I want! He chose me over your father and the rest of our family and made me prince over God’s people, over Israel. Oh yes, I’ll dance to God’s glory—more recklessly even than this. And as far as I’m concerned . . . I’ll gladly look like a fool . . . but among these maids you’re so worried about, I’ll be honored no end.”

The second story comes from an amazing meeting between God and Abraham. Abrahams wife, Sarah, rains on God’s parade.

God appeared to Abraham at the Oaks of Mamre while he was sitting at the entrance of his tent. It was the hottest part of the day. He looked up and saw three men standing. He ran from his tent to greet them and bowed before them.

He said, “Master, if it please you, stop for a while with your servant. I’ll get some water so you can wash your feet. Rest under this tree. I’ll get some food to refresh you on your way, since your travels have brought you across my path.”

They said, “Certainly. Go ahead.”

Abraham hurried into the tent to Sarah. He said, “Hurry. Get three cups of our best flour; knead it and make bread.”

Then Abraham ran to the cattle pen and picked out a nice plump calf and gave it to the servant who lost no time getting it ready. Then he got curds and milk, brought them with the calf that had been roasted, set the meal before the men, and stood there under the tree while they ate.

The men said to him, “Where is Sarah your wife?”

One of them said, “I’m coming back about this time next year. When I arrive, your wife Sarah will have a son.” Sarah was listening at the tent opening, just behind the man.

Abraham and Sarah were old by this time, very old. Sarah was far past the age for having babies. Sarah laughed within herself, “An old woman like me? Get pregnant? With this old man of a husband?”

God said to Abraham, “Why did Sarah laugh saying, ‘Me? Have a baby? An old woman like me?’ Is anything too hard for God? I’ll be back about this time next year, and Sarah will have a baby.”

Sarah lied. She said, “I didn’t laugh,” because she was afraid.

Both women rained on the parade of what God was up to. Michal never joined the dance and Sarah never really got the larger story God was inviting her to be part of.

There was a party going on, and they stood with critical eyes.

It cuts to the heart

And it cuts to the heart.

That precious gift you have, and it’s treated as worthless. So there is sadness and loss.

It’s like a part of you has no value, and it hurts, bad.

So you withdraw. You hide.

I think Jesus talked about this when he shared the parable of the sower.

The sower sows the seed, and some fall on hard stones. Some get eaten by birds, some get smothered in weeds, while others find fertile soil and grow.

Some people are not ready to receive the seed of your expression. They are hard rocky ground.

It hurts to see your joy find no room to grow and flourish. So instead, it’s trodden on or lost to the wind.

Why do they rain?

Some people seem to like rain on other’s parades. It’s like a default setting in their heads.

Here are some possible reasons.

Whatever the reason, you are not responsible for their response. They are the ones who need to take responsibility for how they react to your joy.

How they respond to you may well say more about them than it does about you.

Get an umbrella and smile.

If you know the rain on the parade effect, then here are some thoughts from some who have experienced a few downpours.

We look for the dance.

In my conversations with people, I look for the way God wants to express themselves. But, unfortunately, it has most often been hidden and kept from public view. People have rained on their parade, but now it needs to be resurrected.

I believe that having this expression is a sign of mental health.

So I look for it. I am gently curious about it.

Then I step into the parade and throw a few streamers and clap to the dance.

There’s a party going on, and you’re invited.

Let’s dance with David even if we don’t know the steps.

Give them your Shirt and confuse the bully into shame

Stumbling in on God’s Party Going On

I Say ‘Resurrection’ to The Mocker

Photo by Kipras Štreimikis on Unsplash 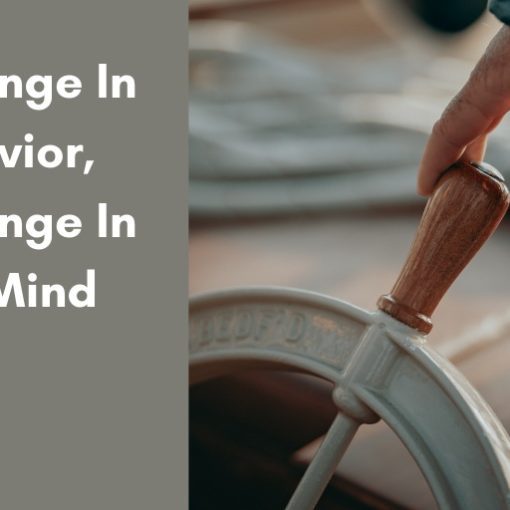 We want a behavior change, but it doesn’t seem to happen. However, it will happen with many changes in the mind (repentance). […] 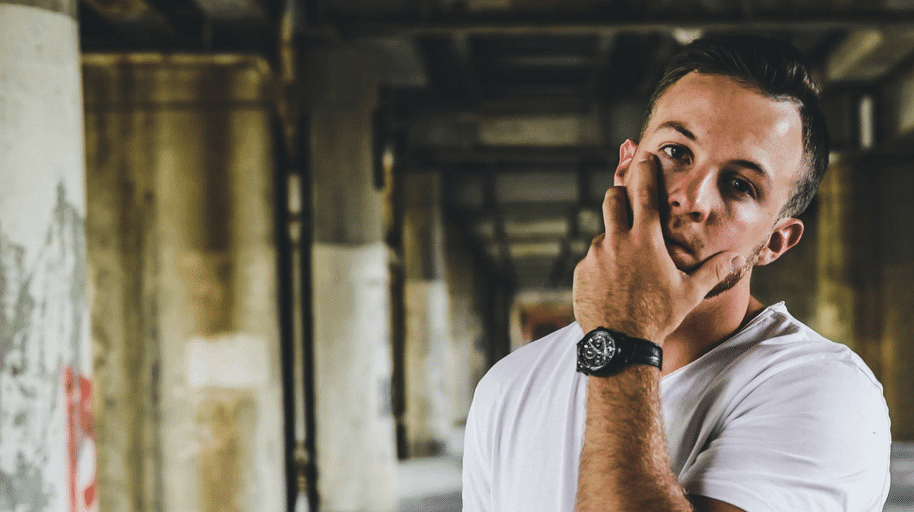 Harsh words and rough hands can abuse but are we meant to turn the other cheek and accept the abuse. No, we […] 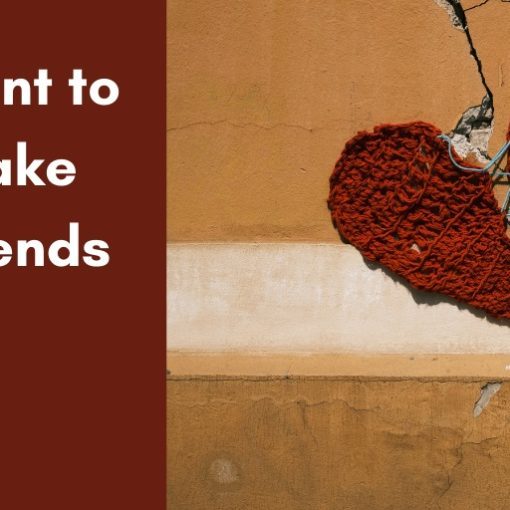 We do something we regret and want to make amends for, but what about the heart. Come as a servant but don’t […] 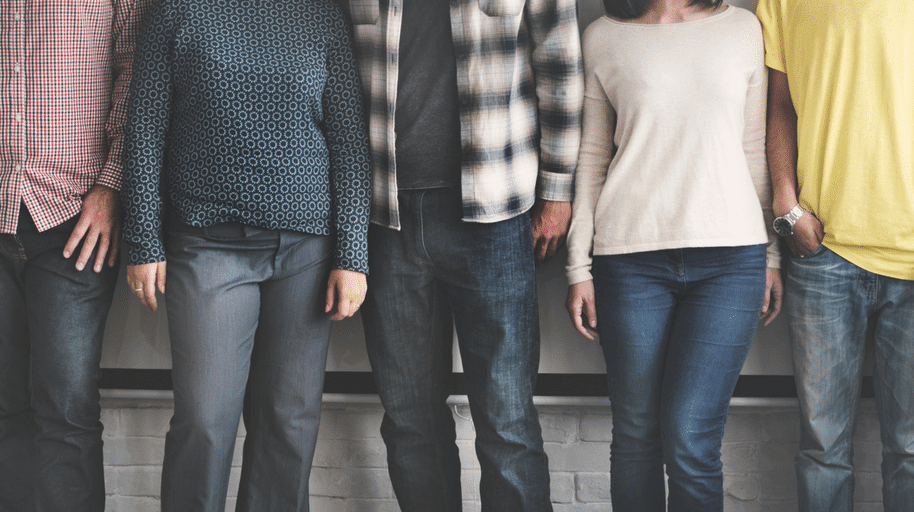 Community brings so many positive effects on our mental health. Community lifts us higher and takes us further towards wellness than we […]