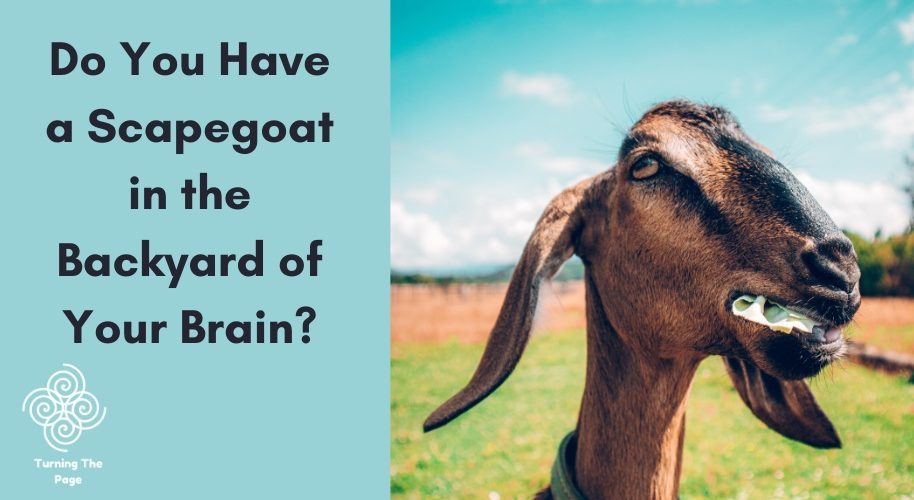 They kept feeling a sense of guilt and blame for something they didn’t do, but then they discovered a Scapegoat living in the backyard of their brain.

It wasn’t nasty, or maybe in a subtle kind of a way it was, but they felt like they were receiving all the blame for things that happened, and because of that, they were being excluded from the relationship.

Why would anyone want to have a relationship with someone like them?

Someone so terrible as they were.

And it was so subtle, so sly, that over time this inner negative critic wove its words into their deepest beliefs about themselves.

It was a goat. A scapegoat, and they had one bleating in their brain.

Then with these inner voices bleating in their brain, they began to believe that they didn’t have any value or worth.

Nothing beautiful or meaningful about this smelly old goat.

They withdrew, hid, and definitely didn’t put themselves out there because they knew that there would be just more criticism, blaming, and shaming.

They had a goat, a scapegoat, grazing in their brain.

The idea of a scapegoat comes from an ancient Jewish ritual found in Leviticus 16:1-34 related to the release of guilt for all the wrongs the people of Israel had done.

There was a confession of sins in this ceremony, and then the priest would lay his hands on the head of a goat and transfer all the guilt over and onto the goat.

The priest will lay both hands upon its head, confess over it all the sins of the people of Israel. He shall lay all their sins upon the head of the goat.

This goat would, in a spiritual sense, carry the guilt load of their wrongdoing. It was a transference.

The heavy burden of carrying guilt was to be taken away from them and placed somewhere else.

Onto the head of a goat.

The next aspect was that the goat was to be taken out into the wilderness and released.

And send it into the desert, led by a man appointed for the task. So the goat shall carry all the sins of the people into a land where no one lives, and the man shall let it loose in the wilderness.

So the goat is taken off into the desert, never to be seen again (supposedly). (I wonder if any of these goats came back? The haunting goat?)

In this practice, there is both a transference and rejection.

Imagine yourself as that goat.

You’ve had a transference of guilt on you, and there is a rejection of you.

People look at you differently.

You’re the guilty one, no one wants to be near someone who reminds them of what they have done, and so there is banishment. You’re kicked out of the garden, once again, of an intimate relationship.

When others come in contact with you, your very presence triggers something of their own selves. They are reminded of their own flaws.

You may have been quite innocent, but they have loaded you down with their own guilt, and now they can’t stand being near you. They live in fear of the goat speaking the truth. ‘Baaaahhhh.’

Adam to Eve to Serpent to …

So when did it start? This laying of blame on your shoulders?

We all do it, don’t we? We want to shift responsibility away from ourselves to someone or something else.

‘I’m the innocent one here.
They did it. Not me.
Punish them by banishing them, not me’.

We fear rejection, punishment, being kicked out of the garden, so like the first man, Adam, we shift responsibility away from ourselves and onto another.

“Who told you that you were naked?” the Lord God asked.

“Have you eaten from the tree whose fruit I commanded you not to eat?”

The man replied, “It was the woman you gave me who gave me the fruit, and I ate it.”

Then the Lord God asked the woman, “What have you done?”

So Adam blamed Eve and also blamed God (the woman you gave me), Eve blamed the serpent, and the serpent laughed at God.

Alongside the scapegoat, we can also have a whipping boy.

A whipping boy was a boy educated alongside a prince (or boy monarch) in early modern Europe, who received corporal punishment for the prince’s transgressions in his presence.

The prince was not punished himself because his royal status exceeded that of his tutor; seeing a friend punished would provide an equivalent motivation not to repeat the offense. Whipping boy

There is a convenience to having someone you can punish.

Perhaps, in some people, there is a perverse pleasure in seeing others suffer.

We go to whipping boys, scapegoats, men, women, serpents, and even God.

Anyone else that we can shift the blame on to and reject.

The lifestyle of being a goat

For someone I know, it had become a nasty little brain habit.

A psychological training of the brain happened from early childhood when they were made the scapegoat, the whipping boy, the one to spit on.

It was always their fault that someone got angry, that the dinner was ruined, that the family was poor.

It had been so ingrained into their thinking that now every time something bad happened, they considered themselves to be the one at fault.

They felt like they were a city dump receiving other people’s toxic waste.

Their brain was like Velcro for the bad and Teflon for good.

The brain is like Velcro for negative experiences, but Teflon for positive ones. [This] shades “implicit memory” – your underlying expectations, beliefs, action strategies, and mood – in an increasingly negative direction. Rick Hanson

But of course, this wasn’t the truth. It may have felt like the truth, but it wasn’t.

Feelings can be liars and are not always a reliable guide to reality.

That may seem extreme.

Now all these metaphors and examples of being a scapegoat, a whipping boy, or a city dump receiving other people’s toxic waste may seem extreme, but I have used them to elicit feelings in you that speak to that place of loss and rejection.

It’s an extremity, and some people will relate more to it than others.

But I want to point out to you that it’s a feeling and not a fact.

Our feelings can become warped and woven into our brains when they present themselves as fact.

‘I feel it. Therefore, it must be true’ will keep your inner scapegoat and being destructive.

We have hardwired our truth from repeated experiences, yet God’s reality, the real truth, the full truth, can be vastly different.

Our feelings are caused by what we tell ourselves about our circumstances, whether in words or in attitudes. William Backus

There is such a thing as false guilt.

False guilt blames us for things beyond our control.  Helpful guilt enables us to accept responsibility for our choices.

I once owned a goat.

He was a big billy goat named ‘Boots,’ and he was very strong.

I had him on a chain, and he was tethered to a stake in the ground.

Whenever I went to shift him, he would pull really hard. It took all my strength to control him.

He also had a bad attitude. Whenever he saw a woman, he would buck them. He had no respect for women, and if my wife came close, he would charge at her and try to buck her.

He would also eat anything. Grass, trees, roses, fruit trees, the washing on the clothesline. He was a bleating, four-legged destroyer with a bad attitude.

But I kept him under control. He was not going to dominate and control me.

For your inner goat, that scapegoat that might be bleating in your brain, you need to decide to be in control.

Your brain. Your goat. Your responsibility.

Don’t blame others for your goat and the destruction it wreaks. All your doing is feeding someone else’s goat. So let’s not be abusive.

In next week’s post, we will look at how to tame a goat.

Why Taking Personal Responsibility is Crucial for your Mental Health

Mental Health is … You Taking Ownership of You

How Forgiveness Cleans The Toxic Dumping Ground In The Heart

Photo by Nikita Voloshyn on Unsplash 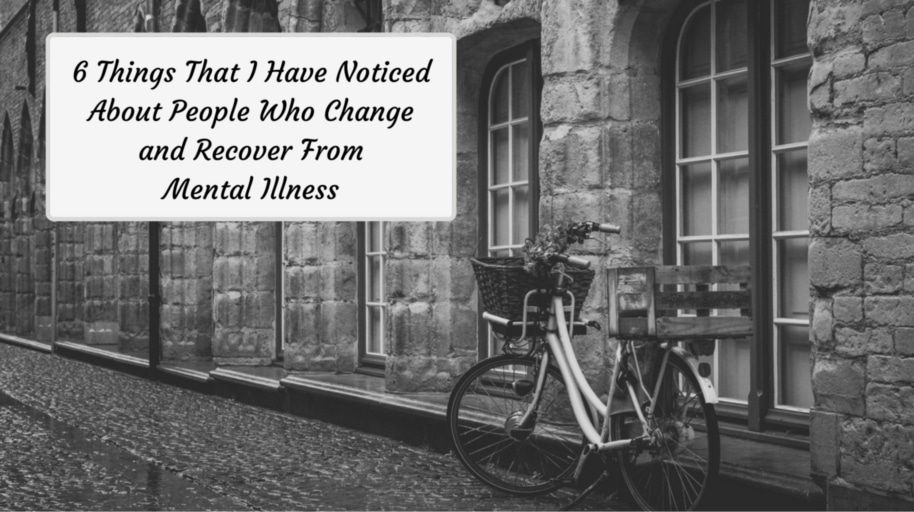 Want to change?  Most people want to change without having to do the work. Give me the pill, wave the magic wand, say […] 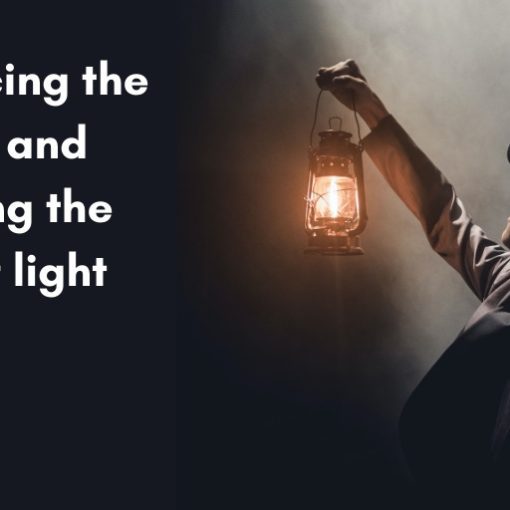 Emotional pain can lead us to some very dark places, but embracing the pain may open doors for the Christ light to […] 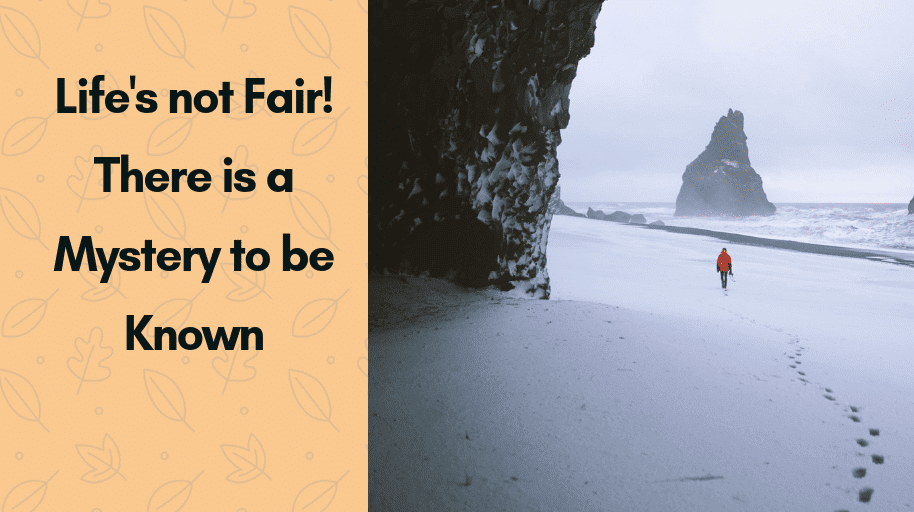 Life’s not fair, and there is mystery involved. When we know there is a bigger story going on then perhaps grace can […] 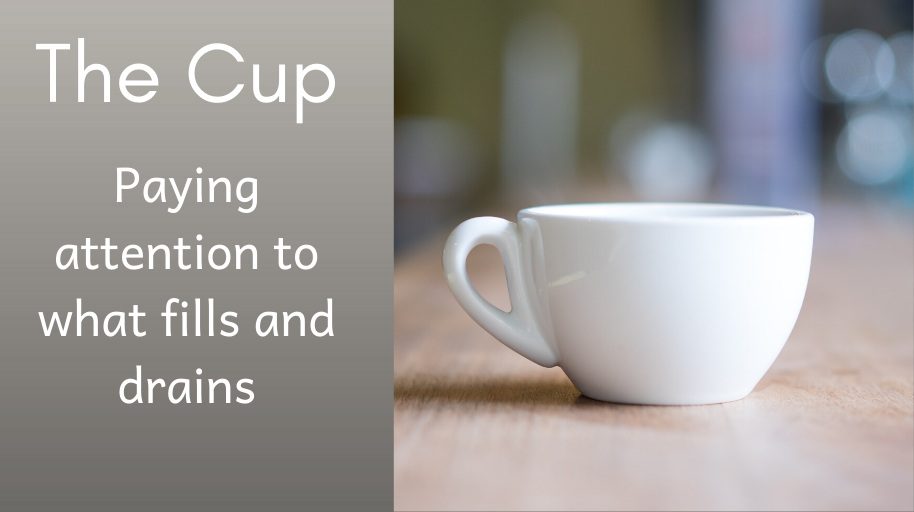 We are like a cup in which energy both fills and drains. But we can grow by paying attention to the cup […]