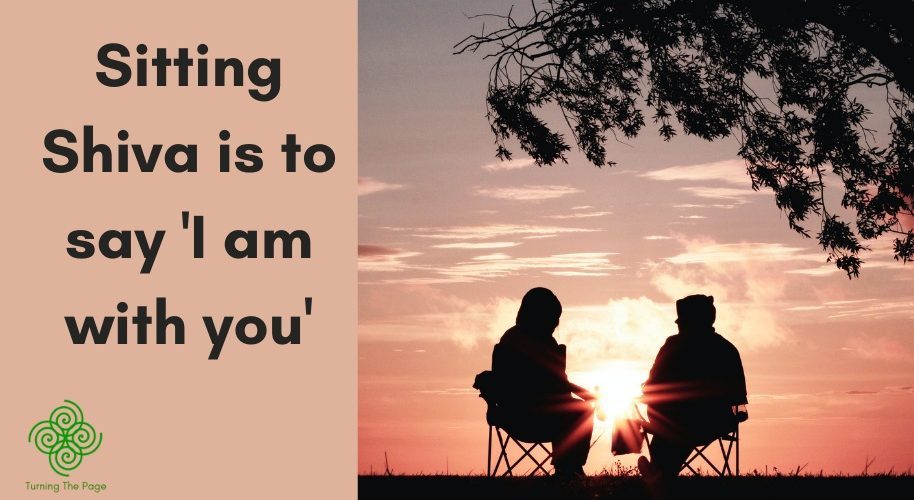 It can be so easy to lose hope. But when we ask, ‘How is it with your soul?’ an opportunity opens to journey to know wellness.

‘How are you?’ they asked. My response was polite, and I said that I was okay.

They repeated the question.

They wanted to know how it was with my soul at a deep level.

Eventually, I caved in to their gentle and persistent curiosity and shared a few more deep things. We hugged and prayed.

It was good. It was church.

But that’s a question that can challenge us. Do I go deep, or do I go shallow? Is this person safe to confide in, or someone to avoid?

There are a couple of people that I would have liked to have gone deep and known more about their souls.

One of them was named Horatio, and the other was named Job.

How is it with your soul, Horatio?

So how is it with your soul?

It’s a subjective question. There is no soul wellness measurement test that I know of, but typically we might be able to give a fair representation of the wellness of our inner world.

Consider the story of Horatio Spafford, who penned the hymn ‘It is well with my soul.’

This hymn was written after traumatic events in Spafford’s life.

The first two were the death of his four-year-old son and the Great Chicago Fire of 1871, which ruined him financially (he had been a successful lawyer and had invested significantly in property in the area of Chicago that was extensively damaged by the great fire).

His business interests were further hit by the economic downturn of 1873, at which time he had planned to travel to England with his family on the SS Ville du Havre, to help with D. L. Moody’s upcoming evangelistic campaigns.

In a late change of plan, he sent the family ahead while he was delayed on business concerning zoning problems following the Great Chicago Fire. While crossing the Atlantic Ocean, the ship sank rapidly after a collision with a sea vessel, the Loch Earn, and all four of Spafford’s daughters died.

His wife Anna survived and sent him the famous telegram, “Saved alone …”.

Shortly afterwards, as Spafford traveled to meet his grieving wife, he was inspired to write these words as his ship passed near where his daughters had died. It Is Well with My Soul

Thou hast taught me to know.

As I read the Wikipedia page, I noticed that a word had been changed in the hymn.

The original hymn had ‘to know,’ but later, it was changed to ‘to say.’

When peace like a river, attendeth my way,
When sorrows like sea billows roll;
Whatever my lot, Thou hast taught me to know
It is well, it is well, with my soul.

I get concerned about people who say ‘all is well’ when you know it can’t be.

They are going through trauma, a divorce, a death, a financial loss, an illness, or a place of dark loneliness. I don’t want them to go through it alone.

When people put on a happy face mask to hide the below skin reality, it is not well. Repressing the pain won’t make it better.

I believe that whoever changed the lyric from ‘know’ to ‘say’ has probably harmed generation after generation of soul singers.

We have sung a belief into our brains to have a stoic, stiff upper lip attitude and keep saying ‘It is well’ when it’s not.

It’s the knowing that only comes from struggling and wrestling.

It’s the knowing that is being developed in the biblical character of Job.

How is it with your soul, Job?

There is a complete book in the Bible about a man experiencing similar experiences to what Horatio was facing. But Job wasn’t saying, ‘All is well.’

Job seemed like a pawn in a celestial chess match between the satan and God.

The satan is saying to God that the faith of Job was because Job benefited from the relationship.

That the relationship was based on what Job will get back from God for being faithful. So the accuser challenges God that if you take certain things away, things that denote success and prosperity, then Job will walk away from the relationship.

It is impossible for the satan to deny that Job is a good and devout man. What he questions is rather the disinterestedness of Job’s service of God, his lack of concern for a reward.

The satan objects not to Job’s works but to their motivation: Job’s behavior, he says, is not “for nothing” (in Hebrew: hinnām). In the satan’s view, a religious attitude can be explained only by expectation of a reward; Gustavo Gutierrez. On Job: God-Talk and the Suffering of the Innocent

It’s a simple prayer. ‘I will follow you, God, but you have to do your part – make my life smooth, easy, prosperous, happy, and healthy.’

It’s a relationship but with strings attached.

But God knows the heart of Job, and that Job doesn’t have this mindset. Instead, Job’s perspective is a deep commitment, whatever the cost.

Job loses his health, his wealth, and his family. His soul crumbles to a low moan—a place where only God can console him.

I want to know God more than the blessings from God. Prosperity doctrines, hype-filled worship services, and programs that want to make your life better feel very distant from a man sitting on an ash heap picking at his wounds.

As I sit and watch Job, I hear the voices of those who email me.

Where is God? Why isn’t God doing something and making things change? I need help?

I hear my own demands to make things better and more comfortable.

Can we go a little deeper into knowing a different God than one of quick pain relief and superficial blessings?

The woman who makes a dog the centre of her life loses, in the end, not only her human usefulness and dignity but even the proper pleasure of dog-keeping.

The man who makes alcohol his chief good loses not only his job but his palate and all power of enjoying the earlier (and only pleasurable) levels of intoxication.

It is a glorious thing to feel for a moment or two that the whole meaning of the universe is summed up in one woman — glorious so long as other duties and pleasures keep tearing you away from her.

But clear the decks and so arrange your life (it is sometimes feasible) that you will have nothing to do but contemplate her, and what happens? Of course this law has been discovered before, but it will stand re-discovery.

How is it with your soul?

In a broken world where we still have the wafts of the Garden of Eden flowing through our nostrils, it’s easy to worship and want the garden rather than worshiping and wanting the gardener.

That’s the struggle of Job. The grief and pain of losing the garden, knowing that there is a gardener, and trying to make sense of it all.

It wasn’t well with Jobs soul, but there was a future.

I want to be taught to know ‘It is well with my soul’ whatever is going on around me.

Six People To Put Out Of Your Mental Health Room

How Did They Receive Your story?

Does God Hate Me? Part one

Photo by Joshua Earle on Unsplash 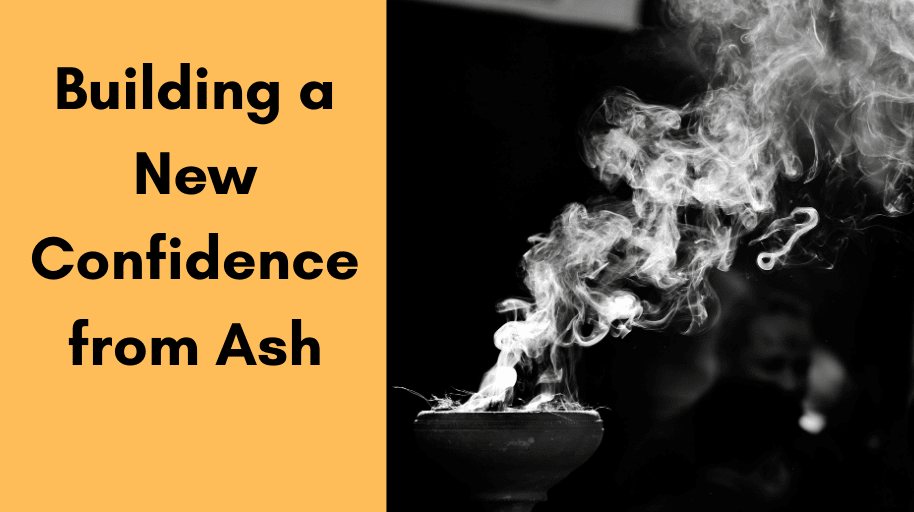 There was no self confidence. It was gone like vapour from ash. But something reignited when we looked at the pebbles and […] 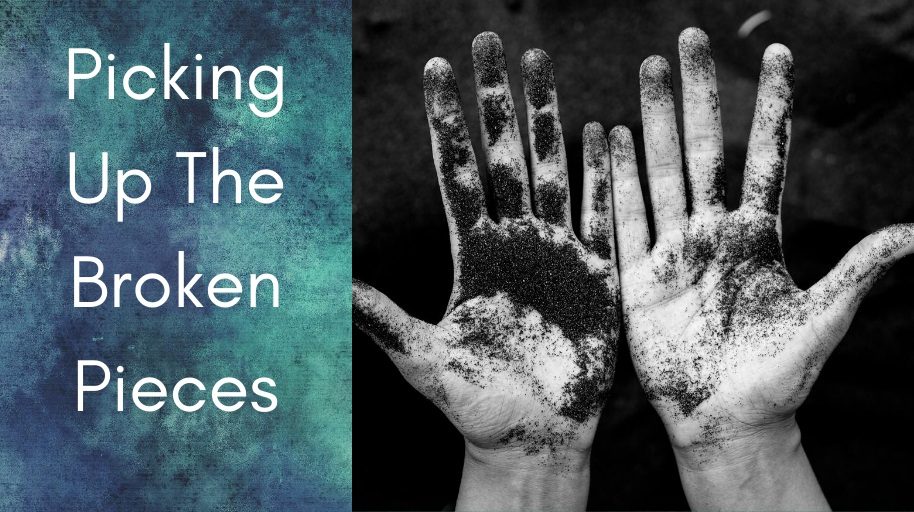 ‘This is going straight into the pool room’. We all need a place to put our encouragements. Where is yours? Classic Australian […] 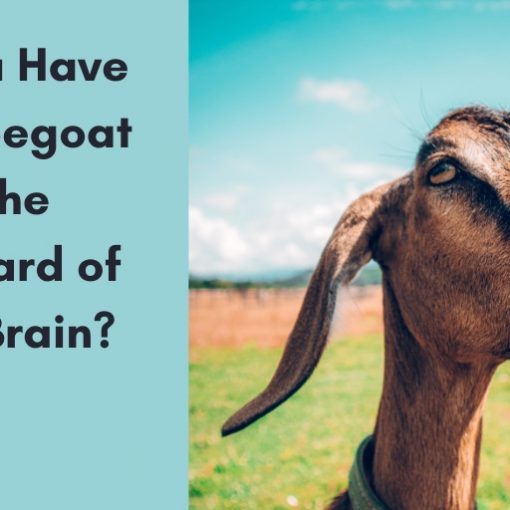 They kept feeling a sense of guilt and blame for something they didn’t do, but then they discovered a Scapegoat living in […]